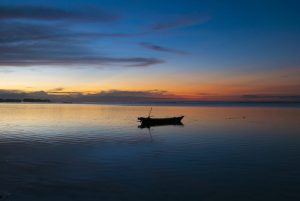 This month, we’re going to focus on listening to what God is telling us through His word in the Holy Bible.

To be completely transparent, I must confess that I watched the Presidential Debate this week. In all honesty, I can also say that I only got through about 15 minutes of the debacle. My wife tried it again about 45 minutes later, but the tone was the same. There was nothing to be learned, neither candidate offered the promise of character we were hoping for. They were both so intent on shoving talking points down their opponent’s throat that there was no room for discussion or listening. The President of the United States and the Democratic Party’s greatest hope showed the world how trapped we are in our own self-importance.

This is the ESV translation of Psalm 46. The CSB renders a more aggressive (and more likely) translation, “Stop fighting, and know that I am God.” Many scholars believe that God was talking to Israel’s enemies during wartime and was basically telling them to surrender and lay down their arms. God was with Israel, not them. Other scholars believe that God was telling Israel to stop their fighting with their enemies. They should cease-fire and surrender their control to God — because only He is in control. In either case, there is a wider application going on with this Psalm. There are times when God is telling us to drop it, forsake, or to let go of ourselves. If we’re in control, God can’t be. “Be still” was probably not God’s way of saying sit quietly and mediate peacefully. It was more a direct reminder that He is God and is the light, the truth, and the way.

God wants us to abandon the clutter of pride we have and to lose the notion of always proving we’re right. We might be right sometimes, but only God sees the whole picture from Alpha to Omega.

“In order to find security in God, we have to stop finding security in everything else… Nothing in this world will offer you the security you have in God.”
John Casteel, Senior Pastor of The Bridge

A few years ago, my sister-in law-lived with us while she was going through some hard times in her life. On many occasions, we encouraged her to join us to worship with us at church. I could see that she was struggling so one time, I asked her about talking with God, about going to church and worshipping. She said that she didn’t feel the need to. She told me that she didn’t know what she believed. I was so full of my own narrow understanding, and narrative, that I was shoving scripture and cliches down her throat. I wasn’t listening, I was advertising. It was a one-sided discussion and I lost a golden opportunity to witness to her as a true Christian. Instead of asking questions and guiding, I put up a wall. I forgot who was God. Sadly, we have not revisited this conversation.

God is sovereign. He knows all, is capable of all. God has the power to create, destroy, to mold, and to break. So why do we keep trying to reduce his righteous place in our lives? Since the time of Adam, mankind has demonstrated the desire to do what we want over what He wants. We think we know better. Yet, God knows what kind of world we live in and sometimes he just wants us to “be still” and let him sort things out. God just wants us to acknowledge exactly who he is. If we can simply be still in our volatile world for a moment, we might recognize that he is something better and that he offers something better for us.

When I was growing up, my best friend’s Dad was a Presbyterian Minister. He was one of the most patient and gentlest men I’ve ever known. He also had a quiet way of leading people to see God’s love. Rarely, did I ever see a temper or hear a raised voice. And believe me, my friend and I gave him cause to do so. He gave me career advice, even crushed a fickle dream I had for a job change. But, he did it lovingly and patiently, waiting for me to see the truth in his view. He gave my wife and me marital advice and shared the pulpit at our wedding. He was creative at virtually every form of art. He was hugely instrumental in encouraging me to pursue my artistic endeavors. I offered him a painting once and he rejected it until I fixed a sloppy mistake I had rushed through.

I still think of him often. I loved him as another father. When my buddy and I were about 14 years old he pointed out that there were references to scripture and Jesus in Peter Gabriel’s “Solsbury Hill.”

There’s a healthy debate about the truth to the claim and what Gabriel was really saying, but to this day, I still get chills listening to this song. It reminds me of a wonderful soul guided by the Holy Spirit. A man who taught and led like Christ would have wanted.

Life on this side of heaven, is crazy, turbulent, and extremely uncertain. Sometimes, we just need to slow it down and hit the pause button. How much can we gain by being still? How much can we gain by silencing our pride and self-righteousness and resting our trust in God? There is no answer, struggle, or challenge out of God’s hands. With God on our side, it doesn’t matter who is against us. One day, we will see this clearly.