You can’t see it by itself, but you can see it in action 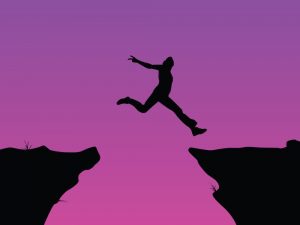 The writer of Hebrews, used the phrase “by faith” 18 times in Hebrews 11. You think he was trying to make a point? He was encouraging his followers to value and trust faith above all things.

“Now faith is confidence in what we hope for and assurance about what we do not see. This is what the ancients were commended for.”

This definition explaining faith is one of my favorite verses in the entire Bible. When times are difficult, it’s such a useful reminder. It is also a cornerstone point. Faith is not a random, intellectual fact or understanding of something learned. It is a surrender of trust, that makes us cling to it our beliefs like a magnet. Faith is in the middle between us and our Creator. It draws us to our Creator and our Creator draws us to Him.

“By faith we understand that the universe was formed at God’s command, so that what is seen was not made out of what was visible.”

There have been so many times in my life, that I have trusted in in something I couldn’t see, touch, or verify. Not always a good thing if you’re faith is in something temporary or for personal gain. It’s the same kind of quick-fix logic that gets us into debt or chained to poor decisions. As a Christian, I believe it’s upon us to choose lasting faith on Godly things over tangible feel-good things that feel safe.

Hebrews 11 cites many examples of God’s chosen people who opted for God’s plan over an easier, foreseeable future.

“By faith Noah, when warned about things not yet seen, in holy fear built an ark to save his family.”

“By faith Abraham, when called to go to a place he would later receive as his inheritance, obeyed and went, even though he did not know where he was going. By faith he made his home in the promised land like a stranger in a foreign country; he lived in tents, as did Isaac and Jacob, who were heirs with him of the same promise.”

“By faith Abraham, when God tested him, offered Isaac as a sacrifice. He who had embraced the promises was about to sacrifice his one and only son, even though God had said to him, ‘It is through Isaac that your offspring will be reckoned.'”

“By faith the people passed through the Red Sea as on dry land; but when the Egyptians tried to do so, they were drowned.”

These were all people of great faith. They understood that all they could physically see on earth, was made by something they could not physically see. That is faith. They had a choice to align with safe things under their control or to trust in God and go with Him. While many of these people were blessed with great things on earth, they also suffered. Ultimately, their faith is what counts and God always rewards those who seek him — the promise of the coming of the Messiah.

“Some faced jeers and flogging, and even chains and imprisonment. They were put to death by stoning;[e] they were sawed in two; they were killed by the sword.”

Taking the easy road sometimes makes sense. When it comes to the big decisions in life, it requires discernment. Becoming a Christian was not a difficult decision for me. It’s brought some scrutiny, jeers, and ridicule in my life, but I’ve never been persecuted for my faith. It has brought me the utmost joy I could ever experience. While God called me to Him, having active and lasting faith has required my willingness and commitment.

“These were all commended for their faith, yet none of them received what had been promised, since God had planned something better for us so that only together with us would they be made perfect.”

Above rituals, creature comforts, above all earthly blessings, faith will always deliver pure joy in the closeness of our savior Jesus Christ.