Thy Word is A Lamp to My Feet

Home | Weekly Devotion | Thy Word is A Lamp to My Feet

Thy Word is A Lamp to My Feet 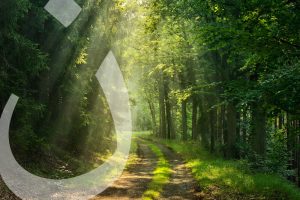 Psalm 119 is not only the longest of the Psalters but it’s also the longest chapter of the Bible. It speaks so powerfully of God’s word that it is one of the most discussed passages of all Biblical scripture. Martin Luther had claimed he wouldn’t trade the whole world for “one leaf of it.” The Psalm is an acrostic poem, where each of the 22 letters of the Hebrew alphabet gets a stanza, with each line starting with the same letter of the alphabet.

Because of the 176 verses we’re not going to reflect upon the entire Psalm but we will focus on verses 105 – 112. After a deep discussion with some close friends about the position of Christianity in our society, it occurred to me that Psalm 119 would be a perfect devotional. Psalm 119 focuses on the adoration of God’s beautiful, saving, protecting, perfect, and fulfilling word. God’s righteousness is our beacon of light. A Christian believer today often feels alienated and sometimes persecuted. Psalm 119 provides an answer, a pathway for us to follow.

After the capture of Mosul, Iraq in June 2014, suspected Christian homes were marked with the the Arabic letter “ن” (N), pronounced “noon” meaning Nazarene or Nasrani, the Arabic word for Christian. Once a home was marked, things got much worse. Torture, rape, and beheadings often followed for Christians who wouldn’t convert and pay tax. Soon after “ن”, the symbol of extremist hatred became a rallying cry for all Christians who stood with their persecuted brothers and sisters.

ن NUN
Your word is a lamp to my feet
and a light to my path.
I have sworn an oath and confirmed it,
to keep your righteous rules.
I am severely afflicted;
give me life, O Lord, according to your word!

We only know so much about our future. We don’t know where our steps will land. We don’t know where our paths will lead us. The Psalmist wrote that, “God’s word can be a lamp to our feet and a light to my path.” God’s illumination can show us where our feet will step and also what path to take. We have done nothing to earn this from God. This light from God is not a bright, blinding sun, but more likely, the loving and redemptive “Son.” So what do we do to earn God’s navigation assistance? Submit to His will and simply follow him. “…Give me life, O Lord, according to your word!”

Accept my freewill offerings of praise, O Lord,
and teach me your rules.
I hold my life in my hand continually,
but I do not forget your law.
The wicked have laid a snare for me,
but I do not stray from your precepts.

Psalm 119 is often attributed to David. In much of this Psalm, he is pleading with God, longing for help in his dangerous world from above. Yet David knew that as a sinner, saving grace would only come from following God’s law and Praise of Him. David had learned from his departure of God’s path. He maintained an oath to abide in all God’s wishes. Life in war-torn Iraq and Syria was perilous for Christians. Despite their volatile world, they used a symbol of hatred of their enemies as a symbol of strength and hope for God. Like David, these Christians followed God’s path.

Your testimonies are my heritage forever,
for they are the joy of my heart.
I incline my heart to perform your statutes
forever, to the end.

David was never in any danger of losing his place with God. Neither are we. Despite what we might want to think, God is not aligned with us because we’re Americans. It is not up to him to align with us. It’s up to us to align with Him. Find room in your heart for the word of God. Let God’s word fill your heart — permanently. We will face many trials in our lives, some as harsh as life-threatening persecution. In 2014, Christians in the mid-east turned targets on their backs of utter hatred into a symbol of unification and inspiration. Isn’t that something Jesus Christ did when he went to the cross for us? We should consider the same in our daily lives.

Lets pick up the cross for each other. We will never convince God that our side is right, until we’re walking on God’s path.