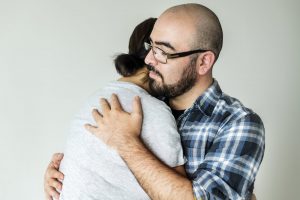 This month, we will be devoting study and focus on the Acts of the Apostles (Acts), the fifth book of the New Testament. Aside from learning the necessity for Acts in the Christian story, we will also unpack essential applications from each chapter.

The first four books of the New Testament contain the Gospels of Matthew, Mark, Luke, and John. Imagine skipping from John, the last Gospel, to Paul’s letter to the Romans? Nothing after the Gospels would have any context. We wouldn’t have any concept of the early church, we wouldn’t even know the importance or significance of this guy named Paul who wrote so many letters to the early churches. We wouldn’t know how the gospel spread from Jerusalem to Rome? These questions are answered in Acts.

Luke, the Apostle, penned the book of Acts. There’s not a lot of biographical information written about him in the New Testament, but we know he was a physician, a Gentile, and that he was a loyal companion of Paul. Acts covers a period of about 30 years and goes up until the time when Paul, awaited to appear before Nero around 60 AD.

Why did Luke feel the need to write Acts? At the time, some other religious groups felt threatened by Christians. They misunderstood them and lied about them. On the surface, Luke wanted to show his contemporaries and the Roman rulers that Christianity was not a threat to the empire, that it was lawful (like Judaism) as an approved religion, and was not worthy of prosecution. Luke had an even greater reason for telling the acts of the apostles.

Ancient books were usually written on papyrus scrolls. Some scrolls extended to lengths up to thirty-five feet. Longer than that made scrolls too bulky to transport. It has been said that Luke used two scrolls to tell God’s story; The Gospel of Luke and Acts.

“After his suffering, he presented himself to them and gave many convincing proofs that he was alive. He appeared to them over a period of forty days and spoke about the kingdom of God. On one occasion, while he was eating with them, he gave them this command: ‘Do not leave Jerusalem, but wait for the gift my Father promised, which you have heard me speak about. For John baptized with water, but in a few days you will be baptized with the Holy Spirit.'”
Acts 1:3-5

Jesus commanded the apostles not to depart from Jerusalem just yet, but to wait for the Promise from God. Most scholars believe this “promise” came in the form of the Holy Spirit. This promise from God was worth waiting for. Jesus wanted them to understand this fact. It was necessary for them to trust that what Jesus said would happen. It was a test of sorts. The other probable reason behind Jesus ordering them to wait, was to prove to them that this had to come from God, it was not something that they could create or deliver themselves.

“He said to them: ‘It is not for you to know the times or dates the Father has set by his own authority. But you will receive power when the Holy Spirit comes on you; and you will be my witnesses in Jerusalem, and in all Judea and Samaria, and to the ends of the earth.‘”
Acts 1:7-8

The Jews and Jewish-Christians knew that the Old Testament scriptures promised Israel an earthly kingdom far exceeding the glory days of David and Solomon. Jesus had promised the apostles that they would be seated on 12 thrones judging the 12 tribes of Israel. Even several prophets (Isaiah, Ezekiel, Joel, and Zechariah) linked the promised earthly kingdom with the overflowing of the Holy Spirit. With these promises, it’s not surprising that the disciples expected to see the kingdom right away.

Just like when we pray, God’s timing is never our timing. God will deliver his promises. He will answer all of our prayers, but it’s not for us to know when. In the same manner, it was not for the disciples place to know the exact time or circumstances of Christ’s coming kingdom. God’s grace is sufficient and his assurance is that his promises are true.

“They were looking intently up into the sky as he was going, when suddenly two men dressed in white stood beside them. 11 ‘Men of Galilee,’ they said, ‘why do you stand here looking into the sky? This same Jesus, who has been taken from you into heaven, will come back in the same way you have seen him go into heaven.‘”
Acts 1:10-11

The two men, who were probably angels — messengers from God. They urged the disciples to place their attention in the right place, in obedience to Jesus’ command, rather than obsessing over where Jesus went, why, or when he would return. When we stand, “looking into the sky,” thoughts of Jesus’ second coming should awaken us. It should give us comfort, encouragement, and hope.

“’For,’ said Peter, ‘it is written in the Book of Psalms:
‘May his place be deserted;
let there be no one to dwell in it,’
and,
‘May another take his place of leadership.’

Therefore it is necessary to choose one of the men who have been with us the whole time the Lord Jesus was living among us, beginning from John’s baptism to the time when Jesus was taken up from us. For one of these must become a witness with us of his resurrection.”
Acts 1:20-22

The apostles were passionate mortal men with plenty of flaws. Peter was abrasive with a quick temper, and Matthew was a tax collector. Judas betrayed Jesus for some silver coins. While Judas’ betrayal served the purpose of fulfilling scripture, he surely did not demonstrate qualities desired of a Christian. As Peter declared in verse 21, it was time to fill Judas’ vacancy. In some ways, an apostle then, wasn’t so different from an apostle now. The word apostle comes from the Greek word, apostelló, meaning a messenger or one sent on a mission. An apostle needs to be someone who accompanies Jesus and who is a witness to his resurrection.

How can we apply the wisdom of Acts in our lives?
A distinguishing sign of a Christian is not that he knows about Jesus but that he knows Jesus. A common mistake of Christians is to relate to Jesus as someone who lived and died, simply as a historical figure. We should know that Jesus is a living presence. A Christian is a person whose life is a witness to the fact that he knows and has met our Savior.

The disciples were confused, anxious, and expectant. Yes, they questioned Jesus, but they also obeyed him, were in fellowship, prayed together, did God’s will, and relied on God.

At that time, Rome was the most important city in the world. As we will continue to discover, Acts tells how the good news (Gospel) about Jesus travelled from Jerusalem to Rome. Luke showed that the gospel was for all people, Jews and Gentiles, around the world.

2021 can be a year of healing. We can find hope in the fact that the pandemic might be leveling off. With a new year always comes new expectations and new promises. Nothing can give us greater hope than Jesus in our lives.

There is a story of an old shoe cobbler who, on a bitterly cold day, left the door of his shop open, and when asked why, replied, “So that Jesus can come in if he is passing by.”